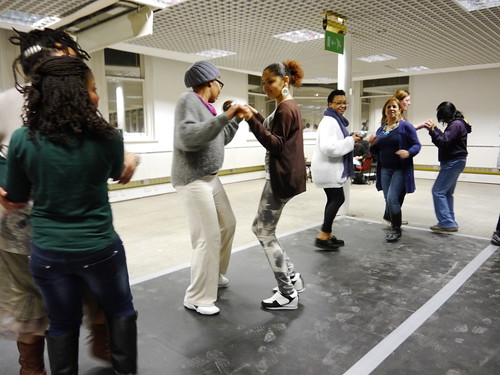 On Monday 17th February 2014, Lisapo hosted the second of a series of workshop sessions. The workshop, which was themed Chaos and War, is part of the preparation for the live heritage musical event taking place in June 2014.

The session started with a few warm-up exercises and ice breakers from Cheryl, the project Lyricist. After about twenty minutes of warming-up, vocalist Emmanuella, led the group into song and dance. The group learnt the opening lyrics to the Congolese independence song Indépendance Cha cha. Once the group had mastered the lyrics, Emmanuella got them to sing the lyrics whilst dancing the rhumba, a  type of dance from the Congo that is heavily influenced by Cuban Ballroom Dance.  The purpose of the exercise was to plan the the opening scene for the live show. By the end of the exercise, the group, who come from a number of nationalities and backgrounds, were well versed in the rhumba!

The second part of the workshop was led by Tyndale, the Musical Director. Tyndale’s session was centred around the theme of chaos and war; he asked the group to brainstorm words connected to the theme. The group came up with the following words: war, disorder, fear, destruction, anger, confusion, which were then used to create a free-style chant that was accompanied by the rhythmic sounds of the Djembe drum, which was played by our percussionist Pat  Within minutes, the space was filled with the eerie cries of sadness and despair. The cries got louder as the tempo of the drum increased. By the end of the session, the group had recreated a scene reminiscent of the franticness of the war in Congo. Overall, the session was a great success but none of it would have been possible without the efforts of Leah and Peggy who installed the dance mats – that’s what I call girlpower!

Stay tuned for the next workshop update! 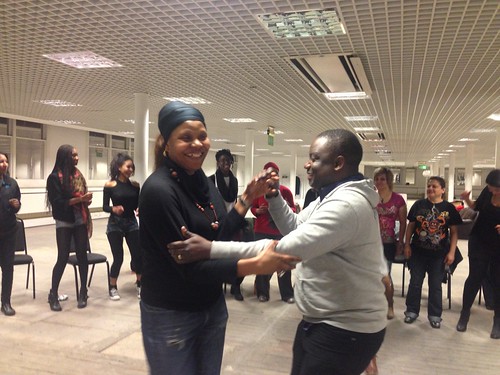 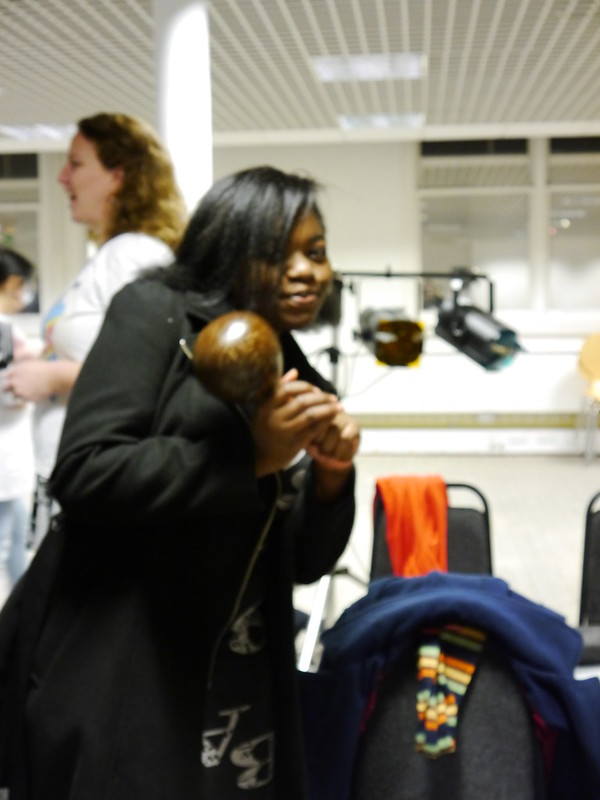 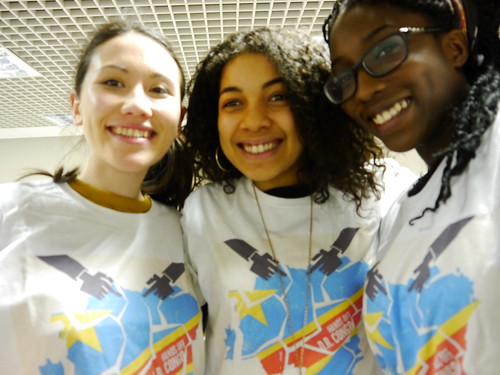 FASHION IN THE DRC (DEMOCRATIC REPUBLIC OF CONGO) →